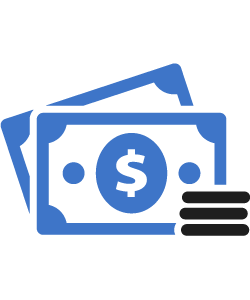 Let's talk about money! Does the mere thought of doing so send shivers up your spine? Well, you're not alone. Many people were raised to think that money and finance were not topics to discuss in polite company, but as it turns out, that is not a very useful attitude to have. You can't learn about a topic if you can't talk about it, and most of us could really stand to learn more about money. Here on this website, we are all for open attitudes and open discussions. We dig deep into all sorts of finance topics, and we urge you to do the same.

If the police simply let you out of jail after an arrest without requiring any conditions, you may decide not to follow through with your criminal case. After all, what would you have to lose? Jails and courts know this, which is why they charge money to defendants who want pre-trial releases. The money they charge is called bail, and you can pay this money in several ways. Here are a few things to know about bail bonds, what they are, and why courts allow them.

If you ever end up behind bars, ask the jailer about the bail. They will tell you if you have a bail amount set and the amount of the bail. When you learn the amount, you can decide how to pay it, if you want to pay it. The first option is cash out of your pocket. Do you have money or the ability to get cash? You can also use a credit card to pay for it. You can call a bail bond agent if you do not have access to money or a credit card. The agent will pay your bill for you, but you must pay a fee for this service.

2. The Primary Purpose of Bail

Paying bail offers the court assurance that you will show up to your court hearings and follow through with the conditions the judge sets forth in your case. Without paying this money, you may skip court because you will have nothing to lose. If you skip court after paying your bail, you risk losing the money you paid for the bail. Therefore, bail offers assurance to the court, which is why you must pay it to get released.

Courts allow bail for several reasons. First, it reduces the problem of overcrowding in jails. If they let people out on bail, jails have fewer inmates in the jails. Secondly, bail allows people to work on their cases from home. Finally, bail gives people the chance to continue life as usual from home instead of being trapped behind bars for months or years while awaiting a trial.

If you ever get arrested and need to pay bail, you can use one of the methods listed here. If you have questions about your bail options, you can visit this link to talk a local bail bond agent.